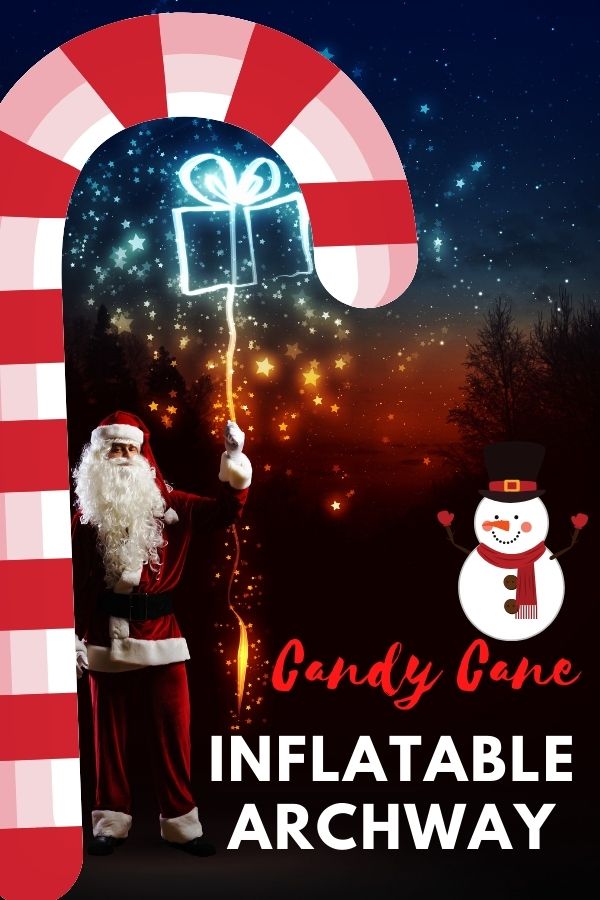 When it comes to outdoor decoration, we only have hanging mistletoe and Christmas wreaths. There's nothing that makes our home entrance look grand and big to impresses our lovely guests.

But please do not fear as we have the adorable candy cane inflatable archway. It adds a lot of beauty to the entrance of our sweet home and it adds such a grand opening to our home entrance.

Let scroll down and have a look of these shortlisted decoration items and you'll agree that it gives such a grand feeling to your home while still making it stay simple. You can impress your guest a lot while still keeping it relatively simple.

Furthermore, it is so simple to put it up. In just a matter of minutes, it already is up and ready to go. This is because it's an air-blown item. And that's right, you can actually very easily pack it up until next year.

And not only that, they all have lights for an excellent night display. In my opinion, passage formed by an attractive red and white arch is absolutely essential to every home because it has such a nice joyful and grand atmosphere all given to you at the doorstep of your home.

This first one is already a big hit. As you can observe from the picture, it looks very simple. All it really has is two candy canes combined into a passage formed by an arch with a Merry Christmas sign on it.

This is for those who absolutely love the simplistic design that Christmas decorations can offer. it looks great and I'm sure your guests will appreciate the simplistic and not overly intricate designs this prop decoration gives.

Maybe you think the first one was a little bit too simple but you wanted to keep that simple trend. Then if that is the case, you can very much so consider this second one.

Instead of a Merry Christmas sign, it has a dark green ribbon on the very tip of the double red and white cylindrical sticks combined to form an adorable arch. And also, it has a snowman holding a candy cane and Santa holding a Christmas wreath.

Maybe you are in love with the second one but you still want the same Merry Christmas sign from before, if that's so, you can strongly consider this third one.

Instead of holding something, Santa opens his hands to welcome your guests, while the snowman is holding a present as if it is gifting it to those who walk through the arch.

Santa Claus and snowmen have been used for Christmas decorations for a long time and I can understand if you want something different other than a snowman and Santa Claus. Well, look no further to this fourth product.

Firstly, this is absolutely great for couples as it's suggested to meet your significant other under the hanging mistletoe. Secondly, it has 2 mice and exactly 2 presents for the mice which is a great replacement for Santa and Snowman as that will usually be where they will be standing.

All of the above has been two red and white cylindrical stick combined to form an arched door. But this 5th one is an alternative if you do not want candy canes to be combined.

As you can see from the picture the cylindrical sticks are not joint and are rather joined by the dark green curve. And on the curve, there are two penguins on it holding up a blue and yellow Christmas present which adds some elegance to the arched door.

Furthermore, it has Santa Claus and the snowman which is an addition to the bottom of it. It is absolutely gorgeous and is definitely different from the above ones.